What is Holistic Business Coaching?

The concept of a holistic business coach is relatively new, but by understanding what it truly means, and how one works, you can fully grasp why Reality Check is such a unique and effective option for increasing creativity and efficiency in your workplace.

You might’ve seen the word ‘holistic’ plastered around the Reality Check site, and you may be wondering what it means in relation to business marketing, creativity, or life and business coaching?

Usually ‘holistic’ is a term used by natural health practitioners such as chiropractors and naturopaths, but we’ve unashamedly stolen it, and now apply it to business coaching, marketing, and all-round ‘level-uppery’ for people and businesses who need a boost.

Essentially ‘holistic’ means WHOLE, and it’s our belief that a business or individual should be examined and acted upon as a whole unit, rather than a sum of their individual parts.

We take in the WHOLE picture, then together, we come up with a WHOLE solution – not just fixing a couple of issues and hoping for the best. We attempt to fix everything.

We also do it in a very natural, complete, and non-confronting way, just like a holistic health practitioner would. We are not going to just ‘band-aid’ the problem, or fill you full of pills and hope for the best. Not ever.

We look at where it started, and how it’s grown — mentally, physically, emotionally, financially, creatively — then we tackle ALL of these problematic aspects at once, aiming for a complete, holistic resolution.

A big part of it all comes down to us being able to see truths you can’t, documenting them all, then helping you realise each and every one in full. Sometimes they are good, sometimes not so good, but taking them ALL into account is a great way to start moving forward.

With a full picture of your whole situation we can then start improving and streamlining all your existing strengths, weaknesses and processes — and undoubtedly add in some tried and tested holistic business coaching goodies along the way.

One of our clients (let’s call him Paul) is an up and coming music producer with a good local following, but who was struggling with getting wider recognition, while also hitting the wall creatively because of time constraints and confidence issues. This, in turn, was severely limiting his income and even affecting his personal relationships with his partner and family.

From the first phone call with Paul, and also after listening to his music, it was incredibly apparent that this guy was exceptionally talented, but had no clue how to promote himself effectively, nor did he have any realistic goals or structured creative process to bring out his best on a daily basis.

Paul, for all his beat-orientated know-how and love of music, was an A-level procrastinator. Easily distracted, he was coming up with amazing ideas, but not following through or finishing his work. He was stuck in a rut, complicated further by his complete lack of time management, and through living his life with a ‘she’ll be right mate’ outlook he had developed a total inability to even comprehend an effective work and life routine. He also suffered from pre-gig jitters, and admitted getting a bit narky in the days leading up to a show.

So, after sitting down with him face to face, and looking at the whole situation from a holistic business coaching perspective, we formulated some serious change and structure to reinvigorate his career.

We started him off with a structured daily routine aimed at keeping creativity on high while also allowing him to simultaneously relax and relate again. This new timetable was co-designed by both parties, him and us, and took a few weeks of tweaking and experimentation to get completely right.

We discovered Paul was most creative upon waking, so after he had got himself together each morning, he was required to turn his mobile and social media off, then hit the studio for four hours; working fifty-minute blocks with the option for a ten-minute rest each hour.

After the four hours was up each day, it was self-promotion time; and rather than just posting randomly for a couple of hours and going nowhere, we developed a theme and schedule for him to post and self-promote. Enlisting a graphic designer and a copywriter we completely overhauled his bio, brand, and webpage; and by taking what these creatives had formulated, we gave him plenty of fodder for authentic and punchy daily posts, showing him in detail how to make the most of each and every digital interaction.

After every day in the studio he was also required to post a byte of his efforts to Soundcloud, and also post it up on social media, with all the right hashtags and wording, in the hopes of creating interest and getting the right people looking at his wares. By making his daily routine semi-public, it also made him fully accountable, to us, and everyone else who was in on his new push for greatness.

We combined all this with some scheduled relax-time every day, where it was essential he enjoyed himself outside of music, spending quality time with his partner and family, and even getting his head around meditation and self-awareness — realising the importance of humility and self-respect.

While Paul was pushing this new ‘structured’ groove daily, we stayed busy in the background, communicating regularly with positive affirmation for his efforts, and even bringing the odd bit off tough love if he strayed.

We also continually nudged his new work towards our massive network of clients and like-minded creatives, and within weeks we began to see a giant spike in interest. It seemed that as Paul’s audience grew, so did his will to create great music.

Admittedly the new routine was all a little difficult at first, but Paul eventually embraced it and started finishing projects much faster. He went from finishing a song every three months to getting a new tune ready for mastering every two weeks.

He wasn’t just simply cranking out tunes and hoping for the best either. His new focus and schedule was enabling him to excel creatively, and the songs he started finishing far exceeded his previous ‘unfocused’ efforts.

This new ‘structured’ productivity garnered lots of interest on social media, and within the space of several months he had gathered upwards approximately 3000 more highly engaged fans on Facebook alone, many of whom were sharing his work, with lots of other people suddenly realising this was no ordinary producer.

Requests for his live show became much more regular, he was getting paid to play quality gigs lots more often, and was booked to play his first big interstate show in Sydney (supporting a massive international act) about six months after we began working together, and it was from here onwards that things truly kicked on.

After this successful gig his social media fandom increased rapidly into the dozens of thousands, and people started wondering who this guy really was? A week after this show he was approached by a noted talent/booking agency who have since slotted him to play regularly alongside other major acts all over Australia.

Now, one year on from when we initiated holistic business coaching, he is currently in the process of recording and releasing his first major album (days away from completion), and is touring Europe and America in August 2019 to promote it. Two songs from the album have been earmarked for singles by his new manager, and Paul has never been more confident.

This confidence via productivity has made him much easier to live with, and his new structured routine has made gigging lots less stressful, as he is infinitely more prepared on every front. His new-found belief in himself has transferred to the stage, and rather than seeing a show as a ‘Jeez I hope nothing goes wrong’ experience, and freaking out each and every gig, he now pushes himself on stage creatively, telling us he quite often comes up with more bangin’ riffs on stage than he does in the studio.

We can’t take all the credit, as the talent and drive was always inside Paul — but by taking on holistic business coaching he was able to unlock his full potential, get lots more work done, rebuild relationships with those he loved, and start truly enjoying his life for the very first time.

It’s assured that everyone is unique, and everyone needs a different type of gameplan to succeed. Paul’s gameplan was infinitely different from that of a hairdressing salon we assisted last week, but the holistic element — taking in every aspect, then acting on it as a whole — is the governing reason why Reality Check is such a unique and effective solution for so many businesses, creatives, and people who want to level up on everything that matters.

Are you looking to level up? Are you looking for a holistic business coaching solution, ultimately bringing LOTS more efficiency and income as a creative or business owner? We can definitely help you out. 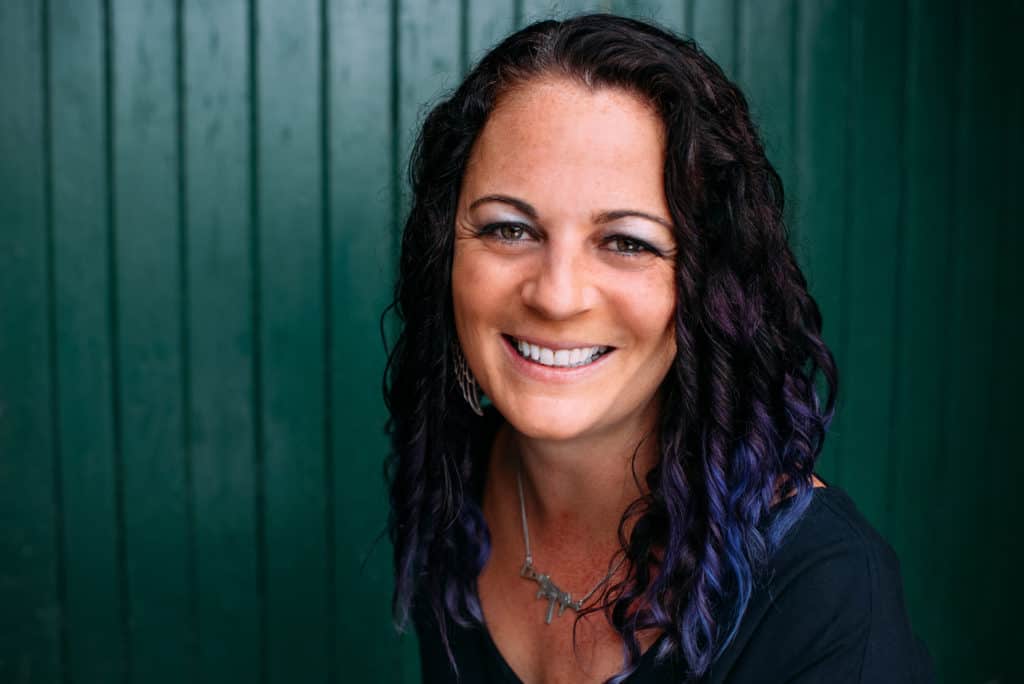