Four months ago the director of Melbourne niche business, The Break Room, had hit a brick wall. Ed was burnt out and stressed, and wasn’t sure if his side-hustle was worth all the extreme effort and financial liabilities that a business such as this presented.
Staff issues and working a full-time corporate job outside the Break Room’s walls were proving way too much to handle. Ed needed help.

Luckily, he was brave enough to ask for it.

In just over six weeks from first contact with Reality Check, and implementing the business coaching and future-proofing ideas of Bo Kitty, Ed’s business had been turned around.
He hadn’t just saved his side-hustle. With a little help, he’d reinvented it completely.

Let’s find out how…

“Bo came along on the journey, giving pertinent advice and calling me out on my BS.”
Ed, Manager of The Break Room.

Why The Break Room Needed a Business Coach

Ed started The Break Room four years ago, all in the hope that he could leave his 9-5 job. It was the first business of its type in Australia, and offers its customers a completely unique and seriously satisfying anger management experience.

This original concept has proven itself to be a hit (no pun intended) with both stressed and fun-loving Melbournites alike, looking to unload their troubles with a much-needed dose of therapeutic violence via the good end of a baseball bat.

Don’t worry, it’s completely safe, nothing living gets pounded, it does OH&S proud, and you don’t have to fight anyone to the death. You don a safety suit and goggles to take out all your inner-anger on inanimate objects like old TV’s and stereos, while also smashing plates and crockery that were destined for landfill, making The Break Room a cool underground waste disposal company as well.
Nobody gets hurt, and you walk away from the experience completely de-stressed, whilst you help save the planet at the same time.

Ironically, while everyone was enjoying the hell out of themselves by beating household items into the ground, owner-operator Ed, was suffering in silence. His brainchild, though popular, was taking an extreme toll on his mental and financial well-being. He desperately needed clarity and space, and had got to a point where he just wasn’t sure if this venture was worth it. He was juggling a high-level corporate job and the increasing complexities of The Break Room all at once, with ‘behind the curtains’ aspects of the business slowly falling apart.
Ed realised that his only hope was to get holistic advice from an impartial outside source. The term ‘business coach’ was continually spinning through his mind. Luckily Bo Kitty, Reality Check’s founder and director, and one of the most experienced business coaching experts in the country, had been into the Break Room for some casual fun. She and Ed connected by talking about what they both did for a living. Ed admitted he needed help, and the rest is history.

“Bo provided the impartial advice I needed to cut the fat that had accumulated around my business.”
Ed, Manager of The Break Room.

During the initial assessment, or what’s known as Phase 1 of the Reality Check business coaching process, Ed presented with a unique set of problems, as every business owner does. One of his instantly apparent issues, was that he’s a really great guy with a kind heart that doesn’t like confrontation, and this was impacting his ability to manage and delegate.

Also, he just wanted his life back. The term ‘burnout’ came up several times in his Reality Check intake form, and then again as things progressed throughout Phase 1.

From further prodding, Bo found out that other notable issues inside the Break Room’s walls were…

It was apparent that the Break Room was in need of serious help, and a complete overhaul was required so this incredibly original, obviously viable, niche business could keep functioning. Bo put herself in full Reality Check business coach mode and got to work doing the business-saving things that she does best.

“I was bound by constant employee issues, and couldn’t focus on the business.”
Ed, Manager of The Break Room

As a business coach, the best way to truly understand the inner workings of a business is to immerse yourself in it for several days, so Bo did just that. She donned a Break Room T-shirt and spent a day each week working from the business, taking in every single aspect.

After a staff meeting, introducing Bo as the Break Room’s new business coach, and then some ‘one on one’ time with the existing staff members, the most glaring problem became increasingly apparent.
The current salaried staff just weren’t invested.
They had skewed ideas of what was important, had become quite troublesome and secular, and were also getting paid too much for doing too little. It was instantly apparent that this whole staffing debacle was the main factor dragging everything good about the Break Room down, and their departure was probably needed so the business could reinvent itself and gain a fresh start.
Luckily for all, both gave notice soon after Bo’s arrival. They knew things were going to change, and they did the right thing leaving; as the days of giving Ed a tough time and getting paid exorbitantly for not really doing much at a very cushy gig were over.

It should be further explained that Bo does not go into a business to give employees a hard time, not at all.
A systematic approach is taken, whereby Bo is introduced as the new business coach, and everyone is told that she will be observing and helping in the business for several days. She has a friendly sit-down meeting with all the staff, so as to get to know them and see and hear their take on the business and their role within it.
Of course, she is a master of asking pertinent questions that cut through the HR rubbish, and reports back to management to a solid opinion on what is or isn’t working, but she is not there to give anyone an interrogation session or have anyone fired.

Bo is empathic and intuitive and has a great skill of getting even the most resistant staff members to reveal what they really think and feel.

Once it was acknowledged the existing salaried staff were leaving, and Bo finished her detailed business coaching observations, it was time to make a plan.
After consulting on the best ways to make changes within his business constraints, and after both parties were in agreeance on all actions, sweeping new protocols, strategies and systems were put in place…

“Numbers are up, and I have someone to engage with for accountability and goal setting.”
Ed, Manager of The Break Room

Things changed quickly for Ed after the sweeping changes were implemented, and of course he was extremely happy with Bo’s business coaching input, as everything started working properly for the first time since opening four years ago.
On top of the Phase 1 starter pack, Ed had then contracted Bo further, also signing for the Business Boot Camp package, which is the next step in the Reality Check line of services. This business coaching package involves high-level holistic business development and marketing strategy for companies and business, and all takes place onsite.

Regarding complete timeframes of both business coaching packages, Bo and Ed did Reality Check Phase 1 on the 11th June, and Bo did her final summary report on the 2nd of September. In all, Bo had spent four months cooperating with Ed and his team, and four full days working directly in his business, and was available for phone support for Ed as a business coach during this whole period.

The main takeaway that Ed got from working with Bo was he felt he had freed up his life and could start enjoying things again. His exact words in regards to the whole process were: “I am back in control of my business, I’m the boss again, and I feel so happy to come in here”

From a holistic business coaching standpoint, this is what Reality Check is all about; as it seems when the business owner is feeling good and in control, and the staff are happy and motivated, the numbers often follow.

Now Ed knows exactly what is happening in his business, as he was able to take back control of many of the books, and ceased paying his accountants of exorbitant fees just to tell him what was going on. In accounting fees alone he now saves over $1000 a month just by tracking his own numbers.

Yet, accounting fees are just the start of Ed’s new-found freedom, financial and otherwise. Here are the other winning factors that Bo was to help The Break Room achieve…

So much about making these big changes is having a sounding board to keep you on track, accountable and making the right decisions in a timely manner. This is a big part of what Reality Check offers.

Ed has recently gone on the record saying: “I now have someone who I can engage with for accountability and goal setting, and who knows my business intimately. Bo can come along on the journey and give pertinent business coaching advice and call me on my BS.”

When asked to elaborate a little more on this, Ed stated: “Bo was able to provide the impartial advice I needed to cut the significant fat which had accumulated around the middle of the business. I’d been bound by constant worry and emotional toil of my employees rather than putting it all at arm’s length and focussing on running my business. “

As a direct result of all these positive changes, Ed now LOVES going into The Break Room again! It’s no longer the complete drag it was for so long. The entire atmosphere inside the venue has changed, and his niche brainchild is finally firing on all cylinders. The team is also extremely happy, and all making solid extra commissions for their efforts.

Ed also decided working a full 70 hour week in the corporate world was just too draining, and left to do contract work three days per week to dedicate the rest of his time to The Break Room. In his new, stress-reduced role, he will be able to outsource, delegate and manage from afar.

“The figures are up, and I now have someone to engage with for accountability and goal setting, and a business coach who knows my business intimately,” Ed says. “I’m really happy with what Bo delivered, and getting her onboard is probably the best decision I’ve made.”

Currently The Break Room is on the up-and-up, booked steadily, and totally prepared for the upcoming summer season.

Does your business need saving? Do you need to sort your staffing issues out? Want to be more organised and make more money?

GET IN TOUCH WITH BO TODAY

CHECK OUT OUR SERVICES 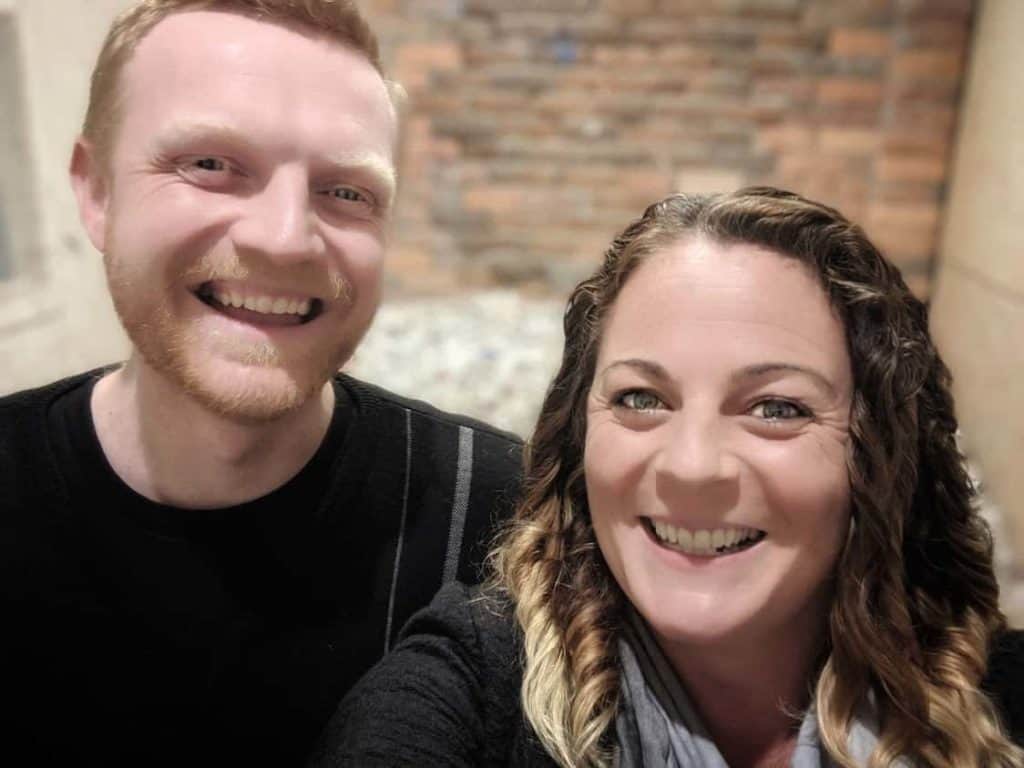